Album info
MC Cullah is a rapper/singer/songwriter/producer from Milwaukee, Wisconsin. His music is lost somewhere in between Electronica and Hip Hop with a pinch of psychedelic melodies. With an arsenal of synthesizers and a library of forgotten sounds he manages to create something  that sparks imagination and wonder. He brings to you free his album entitled E=MC Cullah. This album goes into the depths of time and space.

"Born and raised to gaze into the beyond, MC Cullah stops time and sings his song."

Rocket Into The Future:

No comments yet...what do you think? 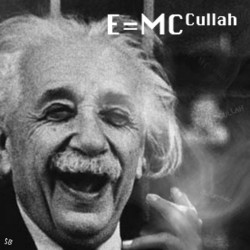