Album info
After having 500 demos in the form of two home-recorded EP's taken off their hands in their first year as a band, the Columbia, Missouri six-piece spent autumn of 2010 recording their first full-length album. The self-titled release was produced by local vintage guitar and amplifier repairman Evan Meeks in his studio-rigged shop/home in Jefferson City. With a mess of '60s and '70s era gear at hand and Meeks' knowledge of both the equipment and his home, the band spent four months recording and mixing 'Richard the Lionhearted'. What came out of many long fall evenings and Sunday afternoons was a textured and moody ten-song album that touches at familiar rock, blues, country, and psych styles but has a uniqueness all its own. 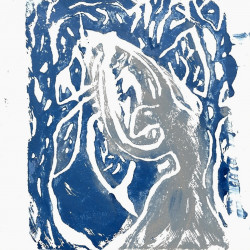