allmusic wrote:
Hard to believe that at one point Trent Reznor was seen as the quintessential perfectionist, squirreled away in a decaying Victorian house, sweating over each individual track he created, spending upwards of six years between albums. He's shattered that image in the new millennium, especially after his 2007 divorce from Interscope, a parting of the ways that left him free to release albums when and how he chose. Reznor immediately embraced that opportunity, releasing the instrumental double-album Ghosts I-IV without announcement in March 2008, then quickly following it two months later with The Slip, a full-fledged vocal album. Such rapid succession served notice that Reznor intended to take full advantage of his freedom, and its availability as a free lossless download prior to its physical release couldn't help but be seen as a veiled stab at Radiohead's variable pricing for In Rainbows, a move Trent called a "marketing gimmick," a charge that can't quite be leveled against Nine Inch Nails as Reznor encouraged fans to post The Slip elsewhere, to give it away to friends, to remix their tracks if they wished. Unlike Ghosts, which seemed designed with remixing and sampling in mind, The Slip doesn't cry out for recontextualization in order to make sense: it's riveting on its own terms.
Mercilessly tight and efficient where Year Zero was majestic and sprawling, The Slip is the most user-friendly Nine Inch Nails album ever. At only ten tracks, there is no fat on its bones. It does not offer a slow build, it leaps into action with the lacerating "1,000,000," maintaining a blistering intensity for half the record before eventually winding its way to softer moments for the album's conclusion. There is no learning curve to The Slip, it does not require effort to decode a narrative, it does not slowly unfold its own internal logic, it comes on with a tightly controlled force that's present even in the quietest moments, as they pulsate with coiled tension. The Slip is so easy to digest because Trent Reznor is in consolidation mode, relying on his strengths instead of punishingly pushing himself forward. Such obsession with progress weighed down The Fragile and With Teeth, turning them into intricate puzzle boxes for devotees, but Reznor began to break free with the quite magnificent Year Zero, whose dense narrative likely alienated many fans. Here on The Slip, he retains the sense of urgency that flowed through Year Zero, but as it's a lean album, it's easier to appreciate his mastery of darkness and light or his ability to construct throbbing melodic hooks out of noise. Here, he's no longer a stylized, self-conscious innovator, he's a working musician enraptured by making music, and he's so invigorated by creation it's hard not to get sucked in as well. 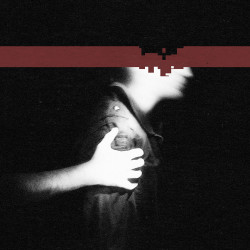