Album info
A bit of unspoken magic about music is that it can satisfy paradoxical human desires to the hilt, such as the simultaneous urges for simplicity and complexity, likewise for originality and familiarity. Ethan Kennedy endeavors to conjure this magic, not by a novel calculation of genre, but by energetically imparting his own unique character to his music. He belts out lyrics unencumbered with convention, though accessible through their earnest, yearning delivery. His singing is enveloped by music that is rock and roll in its heart and bebop in its brain. But it doesn't stop there, it only starts there.

Beginning as a young teenager in Houston, Texas, over a period of eight years and through a series of evolving projects, Ethan honed his musicianship, song craft, and penchant for performance. This period culminated in the project, Laughing Freemen-- about whom Laura Slavin of Houston's 90.1 FM KPFT (Pacifica Radio) exhorted her listeners, "The music world makes room for unique artists like these."

Ethan has since relocated up the road from his native Houston to Austin, Texas, where in 2008 he recorded and self-released Rare, a 6-song LP. His first solo project (the term solo is quite literal here, as the album sleeve bears the statement "Written, performed, recorded, and produced by Ethan Kennedy."), Rare finds Ethan's ability to render his ideas more fully actualized than ever before, finding a naturally strong and amicable identity.

The creative momentum of Rare spilled right into 2009 as he entered Austin's Arlyn Studios to record his second solo title, Raucous. For this effort, he enlisted the help of a gifted young drummer, Aeran Shabi, and the pair account for the myriad instruments heard on the album. Caitlin Witliff, a music writer at the University of Texas, has reviewed the album: "This album evokes faraway lands, expansive and mysterious. The listener transcends her daily duties and joins Kennedy and Shabi in a full-body, enrapturing musical experience. It reminds us all what the album is for - a fully-realized artistic expression."  For live performances, Ethan and Aeran are joined by bassist, Sam Calvert, and together the trio are known as The Fat Cats. 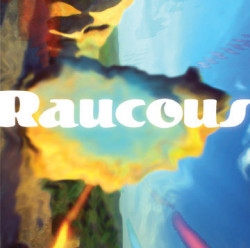