the booming, neon-spackled metropolis of san secuestro continues to be the epicenter of the world's greatest technological advancements. home to the largest hardware and software giants alike, the politicians of capitol city look to san secuestro as the cradle of the country's future, as rich in ideas as it is in wealth.

the politicians could do without the festering underbelly of san secuestro, however - a network of meddling hackers constantly disrupting the government's efforts to surveil and control the massive data pipes flowing from the city out to the rest of the globe.

this is the tale of one of many such hackers, imprisoned by the Syndicate for raging against the machine in the name of online privacy and net neutrality. 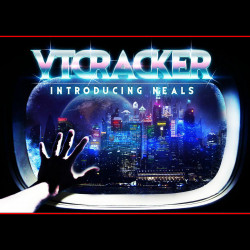