Album info
After almost two years in the making, my third, by far most ambitious and still self-released album, named "The Eye of the Beholder" is out. It is a sweeping art rock album, heavily influenced by Suede's Dog Man Star, Tindersticks' work, Scott Walker and contemporary work like Radiohead's Kid A. This album is likely to appeal to anyone who likes those, as well as to anyone with an open mind and a penchant for the more opulent and lush side of rock.


Also included in the torrent are the album covers and album notes in Bulgarian and English. 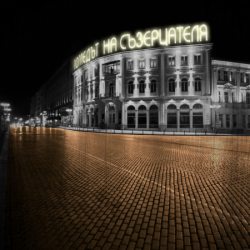