Orison (or-iss-un) is an alternative hard-rock quintent hailing from the greater Seattle area. In contrast to their archaic name, they play a more modern and urban version of alternative hard-rock that includes contemplative verses, soaring choruses, heavy bridges and beautiful melodies. Drawing from an incredibly diverse group of influences, Orison is sure to have something for most audiences with their inherently accessible and dynamic sound, thoughtful songwriting and impressive musicianship.

The band was formed when Jacob (Vocals) moved from Vermont to Seattle on a whim to pursue music as a serious endeavor. Nextdoor neighbors, Brandon (Drums) and Scott (Bass), auditioned Jacob and immediately invited him to join the band. Two guitarists later, Cyril and James joined the group to form the final and consistent lineup that is Orison. While each member either holds a job or is in school, they strive for a future where music is not simply a full-time passion, but what comprises the entirety of their lives. 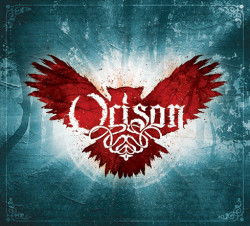