With a sound that derives itself from composers and songwriters across the board, Emanuel & the Fear is an extraordinary 11-piece orchestra-rock band that focuses on intertwining the modern day pop song with extravagant and complex composition.

Drawing from romantic and modern composers like Beethoven, Rachmaninoff, and Glass; and then fusing in a modern rock sound like Arcade Fire, Bright Eyes, Daft Punk and Sufjan Stevens; Emanuel & the Fear displays a true understanding of sound all-the-while capturing audiences with their climactic electro/orchestral arrangements and quivering, poetic lyrics.

Emanuel & the Fear are currently recording their full-length album at Ishlab Music Studios (Jet, Kudu, and Dead Prez) and are comprised of members who have played/toured with Sufjan Stevens, The National, Akron/Family, and Bryan Scary & the Shredding Tears.
The group released their self-titled debut EP on Paper Garden Records on January 27, 2009!

"…smartly orchestrated pop music with a bit of a dramatic flare. Think Wainwright and Sufjan. A band to watch…." –The L Magazine 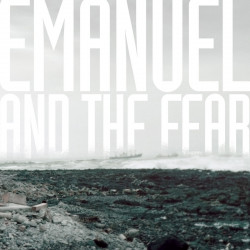 Payment
Are you the creator of this ep? Enable payments
Artist
Emanuel and the Fear
Tags
rock
Release Votes
0 votes