Album info
The Same Sky is a Chilean/Canadian project that was born in the middle of 2008.
Joseph Simon, (16 years old), wrote some songs on his acoustic guitar, mainly based on his family and things that were occurring at the moment.
Then he decides to take the songs to Marcos Luco's studio, (co-producer of the album), and record them without knowing any direction of the songs.
That is how, after several months of improvising in the studio, the album was finally made.
In general musical influences, he's able to name some bands such as "Wolf Parade" or "Smog", which have an important meaning in his life. 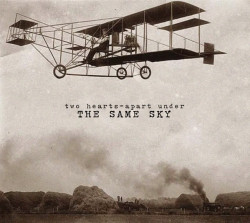 Payment
Are you the creator of this album? Enable payments
Artist
The Same Sky
Tags
acoustic
indie
Release Votes
0 votes