Album info
Darwin is the second full-length instalment from Zeitgeist, an experimental electronic music project founded by Robert Hundt, also known as Radioactive.Cake, the founder of Glitchy.Tonic.Records. Building on the success of Spirit Of The Age and The Century Of Sins, both released in 2010, Zeitgeist has reached a new level of artistic maturity and clarity of vision with this conceptually cohesive album. Expect to hear an irresistible blend of many different styles of music ranging from trance, techno, and dubstep to jazz and funk, all whipped into a frothy fusion of minimal psychedelia that will alter your sense of reality with disarming ease. Piano/ePiano by Tanja Hutterer. Artwork by Robert Hundt. Mastering by Anti-Logic, Berlin.

Also: Please excuse me if you have to wait a bit. My computer is not running all the time :-> 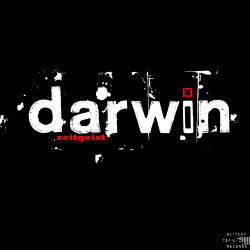