Sylvain the Librarian – Staff Only No Vikings [2009] [Album]

Sylvain the Librarian is a virtually unknown thirtysomething singer songwriter & a librarian by trade. He used to be the frontman in ex-magnolia, an indie rock band based in Lyons, France, and now records music on his own using garageband, some basic samples and the so-called “software instruments," an old acoustic guitar, second hand melodicas, hints of Casio keyboard, and a ukulele. Last year, he bought a proper microphone, which was a progress, production wise! His music navigates between pop and folk, acoustica and electronica; his song are usually jaunty and melancholy at the same time; they're also short and straight to the point! 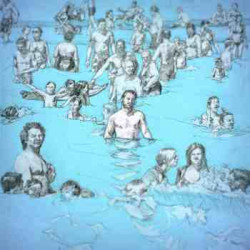 Payment
Are you the creator of this album? Enable payments
Artist
Sylvain the Librarian
Tags
indie
Release Votes
0 votes