Album info
Charlee is an artist from California whose music focuses one the melodic revival of simple progressions as well as the unbiased globalization of music. While the music itself is categorized generally as electronic, it is (at least to me) much more than that. Moving Down Motions is Charlee's second release, this album being more electronic than the last. The production of this album has been influenced by video games and drugs, and most importantly, other good music! 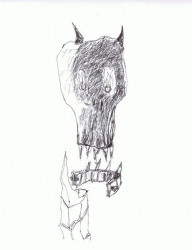