Artist info
This project of Kaspyarovich Daniel is not the first. Daniel began composing music in 2006, under the project Quell Figure in the styles of IDM, Breakcore, Experimental Electronica. Daniel has a very serious approach to music, in that he began to learn musical notation, to study musicology and sound engineering. Daniel is inspired mostly from movies and personal life changes, using all sorts of variations to extract audio from computer also using personally recorded sounds.
InSpectr 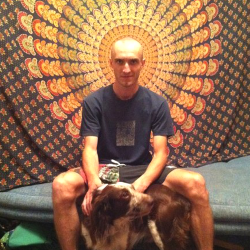