Artist info
Norwegian beatmaker, born and raised in the city of Bodø. Most commonly known for numerous volumes of The REMIX-Files, online compendiums of bootleg remixes, featuring the likes of Jedi Mind Tricks, Looptroop, Atmosphere and others.

"I’m a Norwegian hip hop producer and occasional DJ. Born and raised in the northern regions of Norway, I’m a both proud and content native to the city of Bodø. There are very few of us. I’ve been tinkering with beats more or less since ’98, highly inspired by the likes of DJ Premier, Tommy Tee and other legendary producers." Thomax.
Thomax 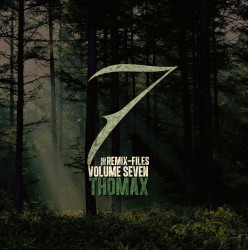