Artist info
Although recorded only this year (2011), Winchester's EP "Disassembling Rainbows" has been years in the making. Over the years Lauren and Monty have worked with various musicians and lineups before deciding to write and produce the EP together. Together, Lauren and Monty blend rock and dance influences with their experience in classical music. Between them they hold experience in classical piano, classical guitar, vocals, rock guitar, fiddle, music theory, DJing, and synthesizer programming. 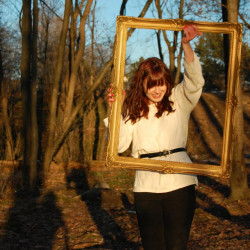