Artist info
Partition 36 is an electronic music project created by Colorado native Alexa Jones-Gonzales. The name comes is based on Alexa's early inspiration from acts like Front 242 and Assemblage 23, while also representing the increasing role computers play both in music and in everyday life.

It all started with the first Partition 36 album, SEPL: Sequence, Evaluate, Play, Loop in 2006. During these formative years, Partition 36 was more centered around trance-like sounds and electronic dance music. However, Alexa felt that Partition 36 was capable of doing a lot more with sound, and so she evolved Partition 36 into its own unique form of electronic music.

2008 saw the release of the next full-length album, (incf partition-36), which features a more diverse range of sounds and beats compared to SEPL. After this came an EP titled Opcode-1 in 2009, and the hit single I Love Penguins - The Remixes later that year.

In October of 2010, Alexa released the latest Partition 36 album titled Inside The Beat, an album with a sound that is both darker and more complex than her earlier works. Since then, Alexa has been exploring the use of synthetic voices and vocoders, as well as different ways of making sound such as FM synthesis and granular resynthesis.
Partition 36 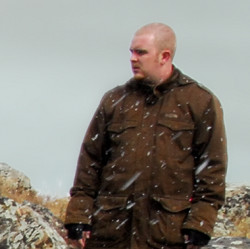