Artist info
Formed in late 2010, CASSIOPEIA has aimed to forge a new sound in the shoegaze and space rock genres. Working out of Phoenix, Arizona, CASSIOPEIA has taken the DIY attitude and applied it to all aspects of their work. Within one month of forming, their debut demo EP was written, produced, engineered, and mixed by the band themselves and 50 hand made copies, also by the band, were released during their first show at local Phoenix record store and downtown hot spot, Revolver Records. While continuing to play shows all around the Phoenix area in the last 4 months, the buzz is beginning to grow and a small, southwest tour is set to take place in early June 2011. Taking various influences from all four members, the album was well received among local and international listeners. After posting songs online, their fan base grew to as far away as Japan and France and is steadily growing.

"Vast, looming, and expansive sound. I particularly dig how the song builds and crescendos with intensity.  The hypnotic guitar riffs are somewhat reminiscent of Explosions in the Sky w/ traces of Link Wray without being derivative."

"...a soft awakening can occur at any moment (without having the pretentious hang ups or idiocy that typifies new age music).  The content of this song is a thing of beauty and the execution is perfect." 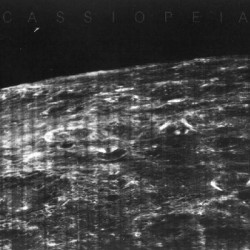